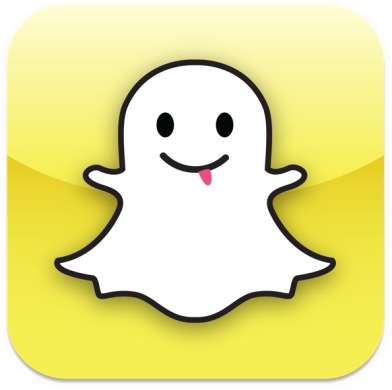 Snapchat, for those who have never heard of it before, is an app which boasts that it can share images directly between users for up to 10 seconds. Initially, it was stated that after these 10 seconds or less, pictures were “obliterated”, or shredded pixel from pixel to never be seen again.

The app, whose interface is clean, simple, and bright and inviting, has taken on a darker purpose among some. Some users use the app to send goofy faces to their friends, record short clips from concerts, or snap vanishing images of the mundane. Others however, use the app’s promise of “shredded evidence” to send more explicit content.

Yes, just like ‘sexting’. Exactly as bad as it sounds.

While the app does have safeguards against users that attempt to take screenshots of pictures, it would appear that the veil of safety had been lifted as a new generation of “hack” apps have emerged to lower the privacy of these “snaps”. In the ‘early days’ of the app, an alert would go off when iOS users cleverly tried to screenshot images, notifying the sender that their picture was no longer ‘transient’ and was permanently saved. However apps like SnapCapture,  SnapSave, and various others now enable users to capture pictures without alerting the image or video.

Brace yourselves, snapleaks are a thing now.

The result? That silly picture of you and your friend doodling cat ears on each other might surprise (but not horrify) you when its posted to Facebook. Or in worse cases, that ‘sexy’ picture meant for your then-boyfriend might be your now ex-boyfriends next submissions to snapchat pics on reddit. YIKES.

No matter what you snap, make sure you’re ok with the rest of the internet seeing it too, because chances are, they will.

I am going to preface this entire write-up by apologizing to anyone that will get offended by this post. This doesn’t reflect the sentiment of any company, corporation, family member, neighbor, or random person on the street. This is entirely my opinion, and should be reviewed objectively as such.

When the designs for the olympic outfits were released, I have to admit that I was quite shocked. Though some of my peers applauded to ‘fashionable’ blazer, the cute shoes, or whatever small accessory adorned the beret, a single word routinely popped up in my mind: Pan-Am. One major issue I have with this, is that there is no reason I should have this mental association. When I see the strong female athletes enter an olympic event, I should only see ‘Team America’ not ‘Team Flight Attendant’. That being said, there is nothing wrong with being a flight attendant: They are lovely and wonderful individuals, and modern flight attendant uniforms have come a long way since the Pan-Am era. However what marched into the London arena last night took me back to the days of Pan-Am, and not in a good way.

END_OF_DOCUMENT_TOKEN_TO_BE_REPLACED

Getting a job these days is getting pretty rough, especially if you’re straight out of college. Even for those still in college, the prospect of getting the necessary experience is daunting, horrifying, even enough to send the best of us crawling back under the covers and shivering in fear. But you should know there are some hot new resources out there for current and graduated students. Check them out!

END_OF_DOCUMENT_TOKEN_TO_BE_REPLACED

There’s An App For That!

Get The City Gopher App!